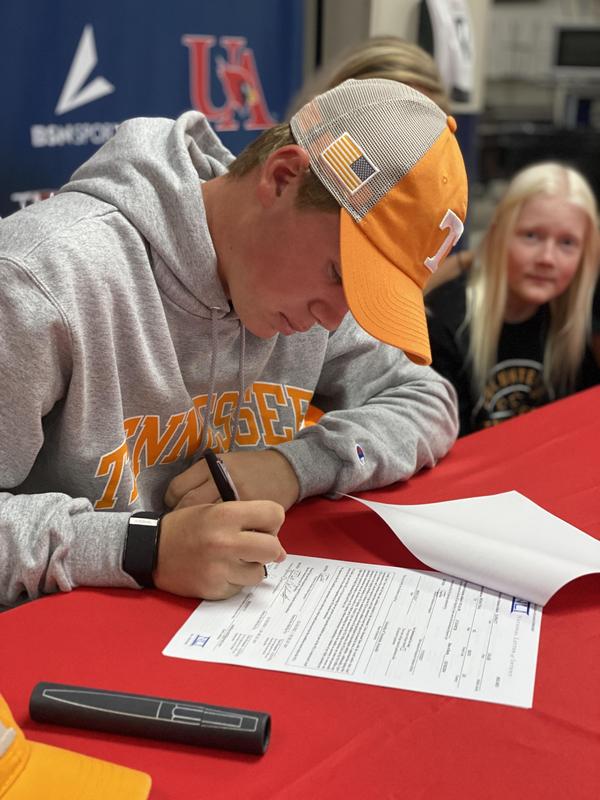 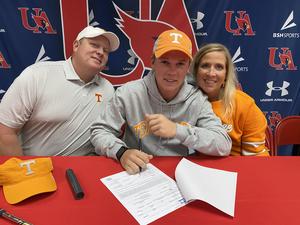 Monroe, NC - November 10, 2021 - Union Academy standout golfer Caleb Surratt signed his National Letter of Intent to the University of Tennessee in front of his family and classmates on the NCAA official signing day. Caleb won the 1A Individual State Golf Championship in 2019 and 2021 (2020 was canceled due to COVID) and plans to compete for a third in May of 2022.

While winning state championships is the pinnacle of success in high school sports, Caleb has been competing in events across the country. After winning several major tournaments including the Boys Junior PGA Championship, the Western Junior Championship and the Terra Cotta Invitational, Caleb earned a spot on the 12-player coed United States Junior Ryder Cup Team and is third in the Rolex AJGA rankings.


Caleb will be one of three freshmen joining the UT team next season. “I chose Tennessee because I think their coaches and facilities are the best fit for me. It’s really golf heaven. They have a culture and atmosphere that will surround me with team members who want the same thing as me,” Caleb said.


Caleb’s dream is to play in the PGA, so his practice schedule is similar to a full time job. He practices Tuesday-Sunday and workouts regularly, sometimes twice a day. Hitting and chipping require an hour each day, and he plays at least 9 holes 6 days a week.


Caleb explained, “I love seeing my hard work pay off. I feel like I’ve learned to use my preparation to stay in control on the course. I don’t let pressure stop me from performing because I know I’ve done the work. I try to react the same after every shot and not get too high or too low based on one shot.”


In the last few years, Caleb has traveled the country competing in junior and amateur tournaments. “Every event can change my life. I prepare like any given week could be the day that changes the projection of my career.”