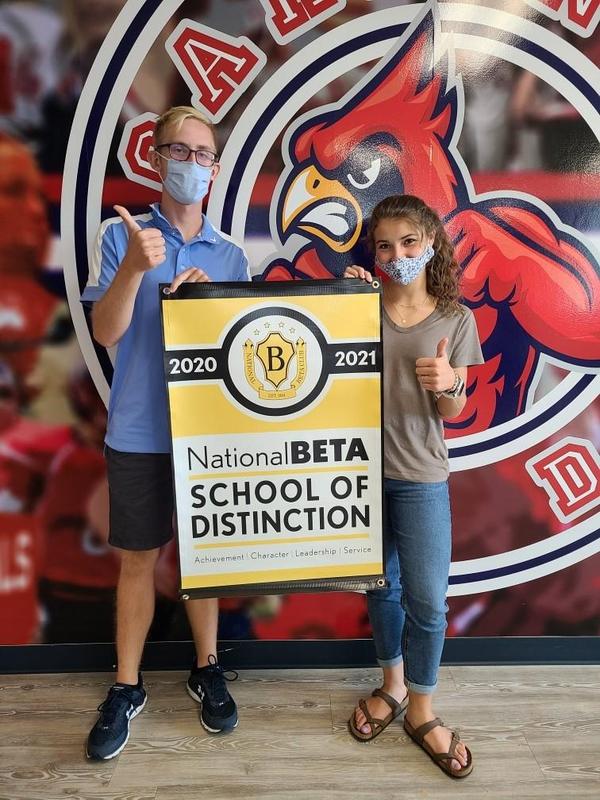 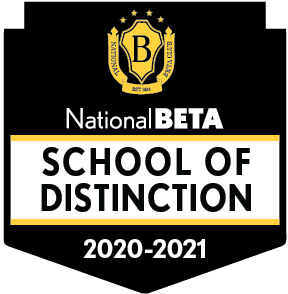 National Beta School of Distinction is an honor for Beta clubs striving towards academic achievement, exemplary character, demonstrated leadership and service to others. With an ongoing quest to instill these qualities in more students, the National Beta School of Distinction Award is designed to award those schools that show an increase in membership for the current school year. This year, only 14% of Beta Clubs across the country received this award.

In a congratulatory letter to the school, Bobby Hart, CEO said “This national award speaks highly of your commitment to academic excellence and illustrates your dedication to preparing students for their future.”