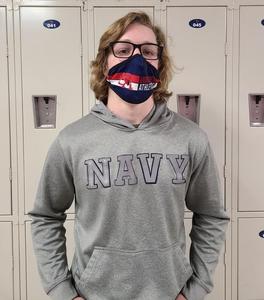 Typically, National Beta State Conventions bring together students from across the state to compete in a variety of competitions ranging from academic and STEM-based to visual and performing arts. While the State Convention was cancelled for in-person competitions due to health and safety concerns stemming from the COVID-19, members worked hard while taking online tests and preparing competition submissions for their Virtual Convention. Their victory at the state level provides the opportunity to compete at the national level. The National Convention will be held at the Swan and Dolphin Resort at Walt Disney World in Orlando, Florida during Summer 2021.

According to Williams, “The contest was online and focused on the logistical and often overlooked parts of the agriculture sector. These include many applications of skills that help with smoothly running an agriculture based business.”