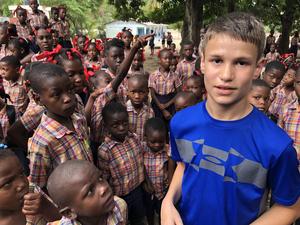 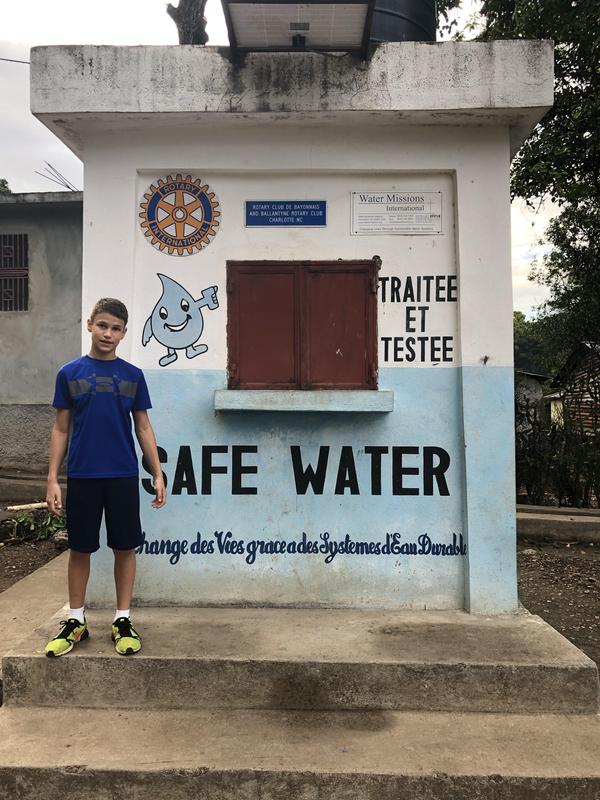 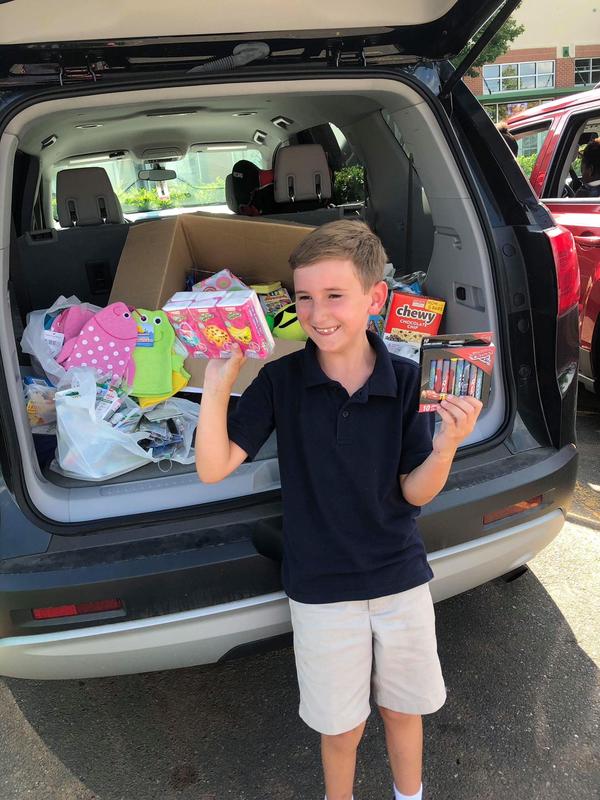 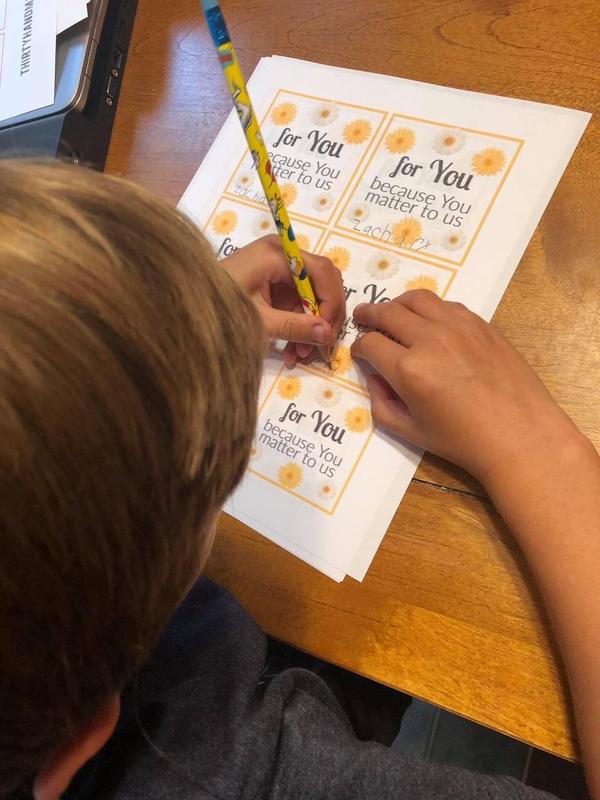 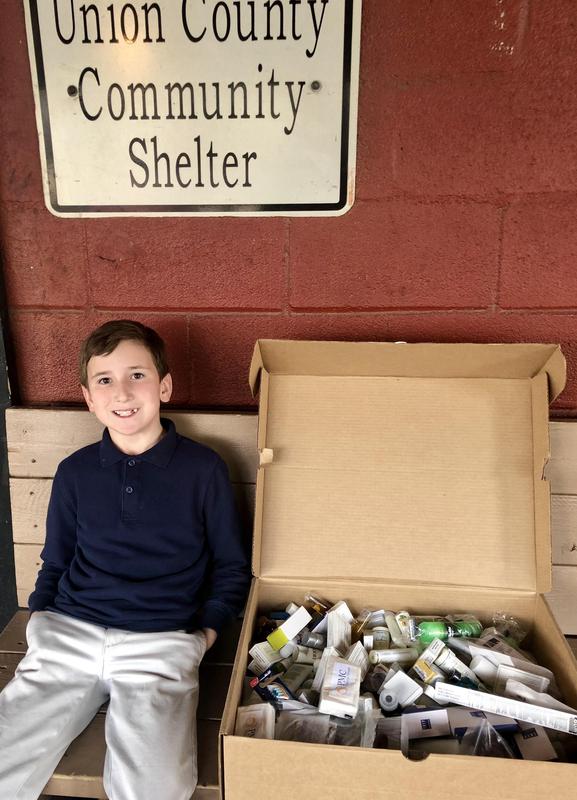 Community service is part of the curriculum K-12 at Union Academy. While the school organizes service opportunities for all students K-8, there are several students who serve in additional ways.

Zachary is a 1st grader who had an idea to help the homeless children in Union County so they know they are cared about. His mom, Lisa, helped him put his idea in motion. He put together blessing bags for the Community Shelter of Union County for any children who might need cheering up and attached a card that he signed. The first day Zachary delivered his bags four of them were handed out to local children. This made Zachary want to do more, and he now makes blessing bags for men, women, and children. Zachary has received lots of donations from community members and hotels. His mom is very proud of his loving and compassionate heart to help others. She stated, “I am so thankful for Union Academy - our teachers, staff, administration, students and parents for setting the bar high by setting an example of what it exactly means and looks like to be a part of a larger community - in and outside of school. As soon as Zachary walked in UA’s doors as a kindergartner, he began learning about what it means to have compassion and be kind to others, being willing to change and step out of his comfort zone, taking responsibility, treating others how you would want to be treated, having optimism and believing that good things can and will happen, trusting in himself to do the right thing (even when no one is looking).


Luke Thompson, a fifth grader at UA, visited Bayonnais, Haiti from March 27 – April 1. He traveled with members from his congregation, South Park Church, to check on the progress of their clean water projects (one person dies every 37 seconds from water-related illnesses in the world). Luke visited a school of 2000 students, grades 1-13, where he enjoyed being an ambassador for UA. He met the student that his family sponsors, a 17 year-old boy named Ezechiel. Luke enjoyed playing soccer and dominoes with the students, and introduced them to American football. Luke helped students practice their English. He learned about the history, economy, and politics of Haiti. Luke observed, “The Haitian people have much less than we do in America, and they are grateful for what they have.”